Anna Paquin and Stephen Moyer brought their Memorial Day party into the Pacific Ocean on Monday. The engaged duo and his two kids Billy and Lilac went to Venice Beach where all four played in the waves together. Anna and Stephen couldn't keep their hands off each other as they embraced and kissed in the water. Anna skipped the traditional bikini, and Stephen kept covered up as well to maintain his perfectly pale vampire complexion to play Bill Compton on True Blood. Season three of their show is around the corner and as we get excited with all the minisodes and trailer sneak peeks, Buzz has the five best reasons to watch. 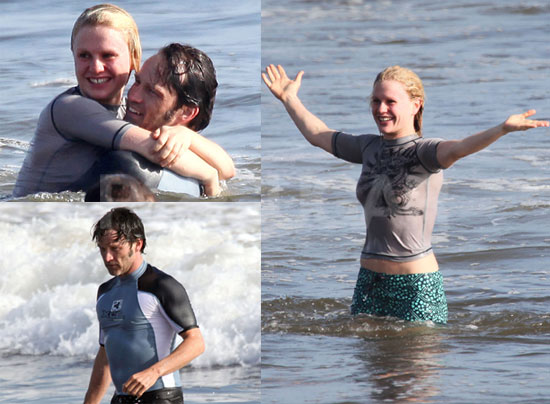 To see more Anna and Stephen at the beach just read more.