90210 stars AnnaLynne McCord, Jessica Stroup, Jessica Lowndes, and Shenae Grimes teamed up yesterday for a bikini-filled day of fun at the beach in LA. Following in the footsteps of their male costars, it was the girls' turn to peel off their wetsuits and strip down in front of the cameras. AnnaLynne kept her perfectly coiffed hair intact after catching a set of waves on Wednesday, though she stuck with the same striking neon wetsuit. So far this season, the West Beverly scandals have been keeping us on our toes, but from the smiles on their faces the girls may be moving past their teacher drama on to happier times. 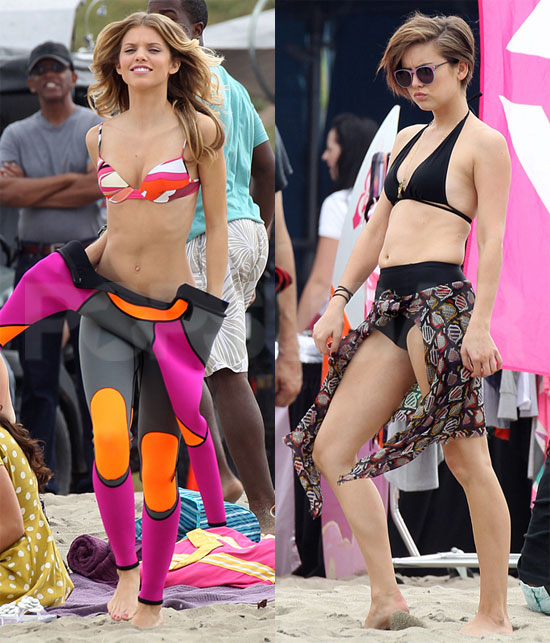 To see more photos of the girls filming on the beach, just read more.

Kendall Jenner
Kendall Jenner's Hibiscus-Print Bikini Is Still in Stock, but Don't Quote Us on That Later
by Sarah Wasilak 3 days ago

Celebrity Instagrams
The Highlight of Tracee Ellis Ross's Beach Party For One? Her High-Waisted Lounge Pants
by Chanel Vargas 4 days ago