Ashley Greene stayed hydrated with a water bottle and connected with her iPhone 4 yesterday as she headed to her gym in LA. She recently showed off the results of her fitness in the sexy minidress she wore to the VMAs. The awards show was her first major event since returning from Paris, where she worked on LOL with costar Miley Cyrus. Ashley's prepping to return to work on the Twilight series when production commences on Breaking Dawn. She's also had plenty of time to focus on her budding romance with Joe Jonas, which doesn't need much help in the spice department since they were allegedly spotted at a sex shop. 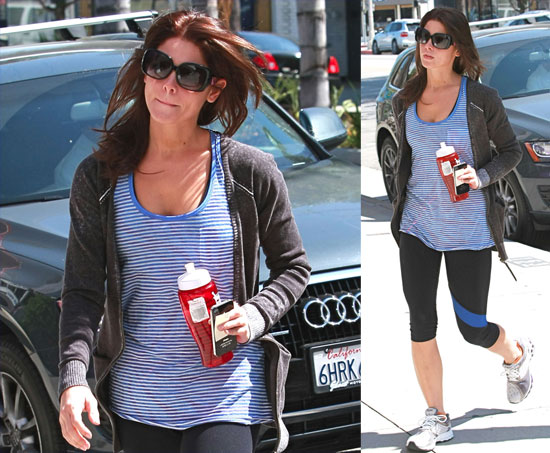 Ashley Greene
Around The Web