Mary-Kate and Ashley Olsen were among the fashionable crowd who came out to celebrate the launch of Google's new shopping website in NYC on Wednesday. Carey Mulligan, who wore Lanvin, joined Mary-Kate and Ashley for a photo after sharing the red carpet with them at the CFDA Fashion Fund Awards the night before. Carey just landed the role of Daisy in The Great Gatsby and kept celebrating the exciting news with other guests like Emma Roberts, who's making a name for herself as one of Hollywood's hot young actresses with the same name. Anna Paquin arrived in a sexy Prabal Gurung dress and stuck by her husband Stephen Moyer for the night while Ashlee Simpson, Elisabeth Moss, and newly confident bikini model Kelly Osbourne all showed up solo. 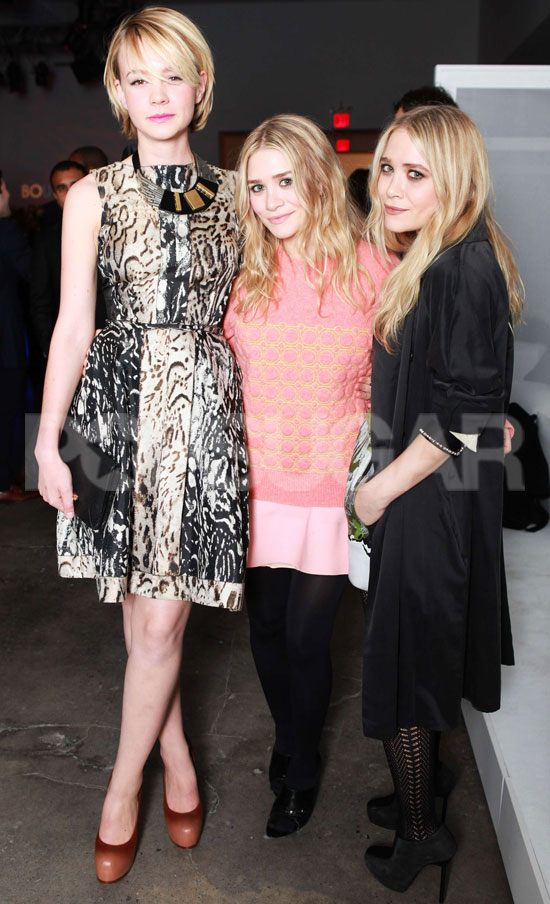 Celebrity Instagrams
Ashlee Simpson and Evan Ross Welcome Their Second Child Together: "We Are So Blessed"
by Brea Cubit 10/31