Ben Affleck kept his The Town promotional tour going last night with his latest premiere in Dublin following a morning of interviews. He joined costar Rebecca Hall for a screening Sunday in London, and she was once again by his side to show off their finished product. Ben spoke on the red carpet about how much his movie's domestic success means to him, saying, "If it hadn't turned out well, I'd be lying to you and telling you this kind of thing didn't matter but it feels really nice. I've been around long enough and seen the highs and lows to really enjoy this." Ben's sure to be thrilled, then, to hear that Oscar prospects for his second directorial effort are apparently rising fast back in Hollywood. 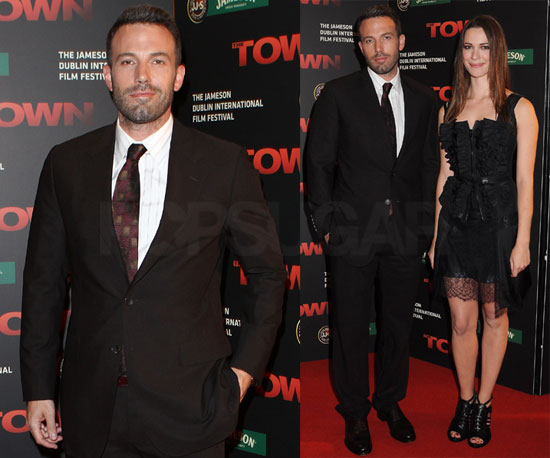 by Alessia Santoro 43 minutes ago