Ben Affleck returned to his Dublin hotel this afternoon after appearing with Seal on an Irish TV show. The actor flew over to Ireland to promote The Town following a premiere of the film in London with costar Rebecca Hall yesterday. Ben had a quick break from press duties during the movie's number one opening weekend to spend time with Jen, Violet, and Seraphina in LA. The Garner girls stayed behind in California as Ben jetted to Europe, just like Seal's wife, Heidi Klum, and their four kids — Heidi took care of things out on the West Coast and even treated their kids to a fun park adventure. 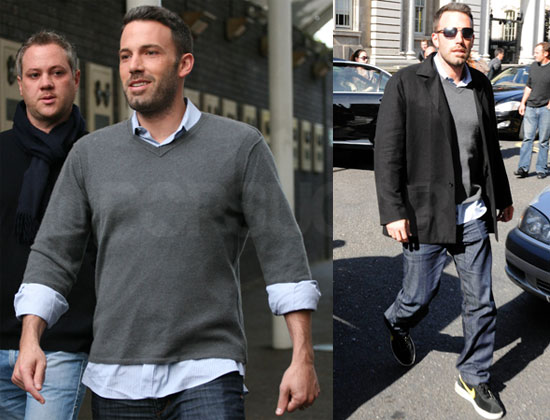 Image Sources: WENN and INFphoto.com
Ben AffleckSeal
Around The Web