The Garner-Afflecks had a busy weekend in NYC, and Jennifer Garner kicked things off on Saturday morning by picking up coffees with Seraphina. Ben was later out taking care of errands, and he stopped to say hi to fans before heading back into their hotel. Jen was up for another caffeine jaunt yesterday, then joined Ben to take their daughters on a trip to the City Treehouse indoor playground. It was their latest adventure as a group of four, following Friday's adorable museum outing. 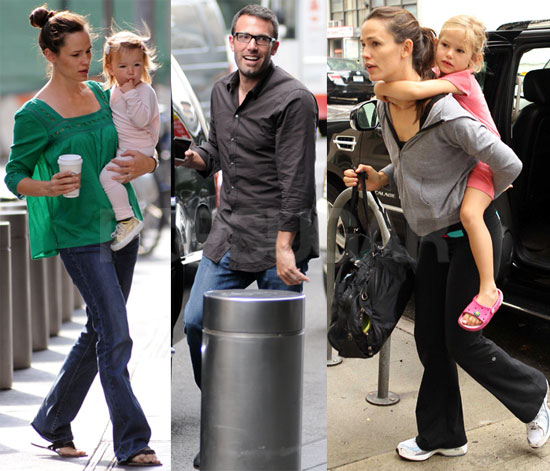 To see more of Ben and Jen, just read more.

Jennifer Lopez
What's Going on With J Lo and Ben Affleck? We'll Just Let These Photos Speak For Themselves
by Monica Sisavat 34 minutes ago

Celebrity Couples
Matt Damon Is Ready For a Ben Affleck and Jennifer Lopez Reunion: "I Hope It's True"
by Grayson Gilcrease 2 hours ago

Babies
Alexa and Carlos PenaVega Are Now Parents of 3! "Little Rio Could Not Wait to Come Out"
by Alessia Santoro 4 hours ago

Kylie Jenner
Kylie Jenner and Stormi Wore Matching Rainbow Bikinis, and It's Too Cute to Handle
by Nikita Charuza 1 day ago