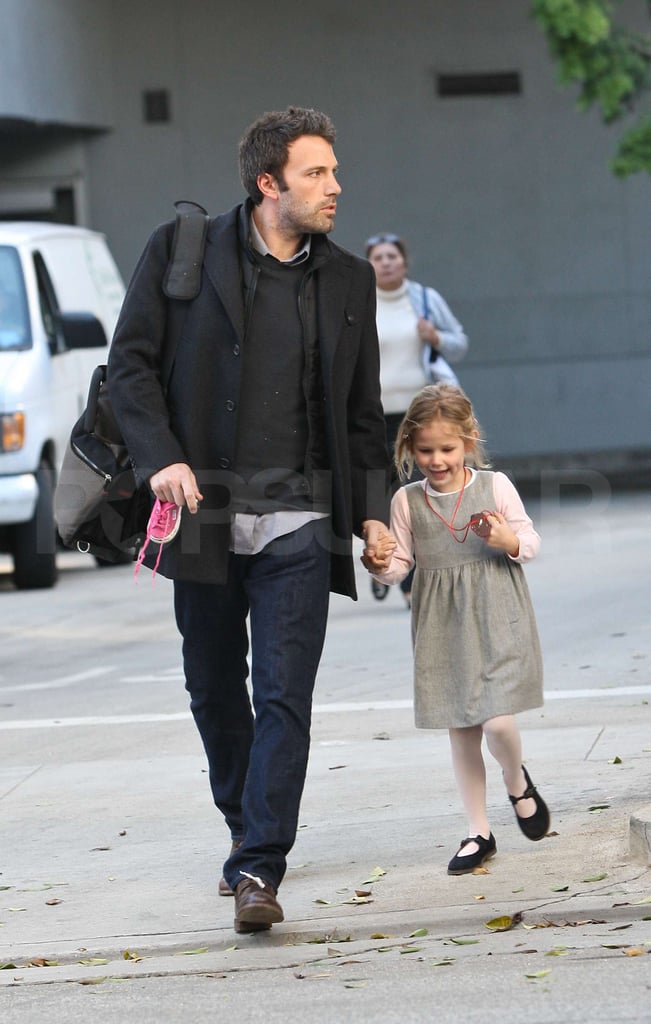 Ben Affleck and Jennifer Garner took care of their daughter duties together in LA yesterday. Violet, who was named Lil's most stylish tot of 2010, looked excited to tell dad about her Thursday at school while Seraphina once again sported her precious pigtails for the family day. The five-year-old isn't the only Garner-Affleck fashion star, since Jennifer's Golden Globe dress ranked among Fab's favorites of the year. Ben could be back on that red carpet next month, since the film he directed, The Town, earned a Best Supporting Actor Globe nomination. It's also ranked on a number of top ten lists and includes one of Buzz's favorite romances from the past 12 months of big screen releases.

Chrissy Teigen
Chrissy Teigen Posted a Matching Bikini Pic With Luna, and Her Caption Has Us Cackling
by Nikita Charuza 1 week ago

The Royals
Kate Middleton Jokes That George Is Jealous of Louis's Green Thumb: "George Is a Little Grumpy"
by Kelsey Garcia 1 week ago

Kylie Jenner
Yes, Stormi Is the Coolest 2-Year-Old in Her Biker Shorts and Nikes
by Nikita Charuza 2 weeks ago

Cardi B
Cardi B and Kulture Are Decked Out in Matching Burberry, Pleated Checked Skirts and All
by Sarah Wasilak 2 weeks ago