Beyoncé Knowles played host last night at the launch event for designer to the stars Lorraine Schwartz's new 2BHAPPY collection. The superstar was the last to arrive wearing white on the red carpet, which also brought out her mother, Tina, Blake Lively, and a fresh-from-LA Kim Kardashian. Blake, who showed some skin in her nude Versace number, spoke to reporters about her favorite Thanksgiving meal, sweet potatoes, and being thankful for her family this year. Kim Kardashian wasn't about to talk about her budding romance with Gabriel Aubry, but she shared about her family's upcoming holiday plans. Her mom, Kris, will make the whole Kardashian clan pitch in with the cooking Thursday, and Kim said she surprisingly doesn't have much on her Christmas list yet. Beyoncé had to dash in to get the party started inside Lavo with Lorraine, but her mom, Tina, opened up about her and husband Jay-Z, commenting that they will make great parents when and if the constant pregnancy rumors ever prove to be true. Tina also revealed that Beyoncé and Jay-Z will be spending Thanksgiving out of the country as they gear up to celebrate his 41st birthday. When asked if she was sad to not spend the day with the couple, Tina said, "They'll make their own traditions." Stay tuned for video from the event on today's PopSugar Rush! 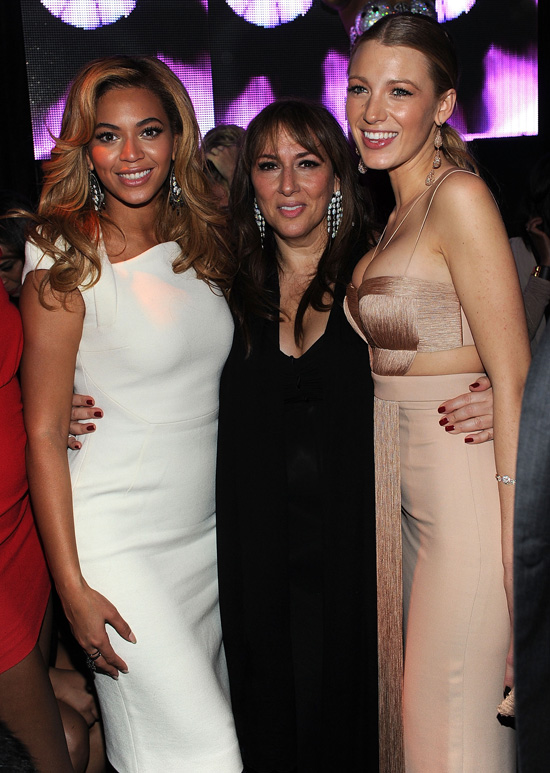