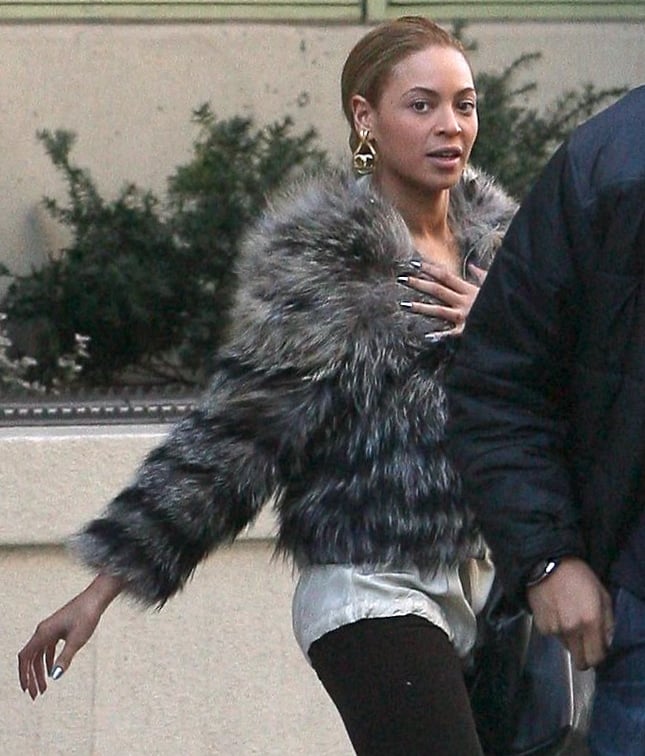 Beyoncé Knowles looked fierce in a furry jacket yesterday as she left her place in the Big Apple. Beyoncé has been taking care of business on the East Coast this month and just announced that she plans to perform at this Spring's Glastonbury Festival in England. In the meantime, she's expected to make the trek to LA with Jay-Z to attend the Grammys on Sunday. Her husband earned six nominations this year, while Beyoncé scored her own nod for best female pop vocal performance. She and Jay have also given us some of our favorite moments from past shows so take a look back at some Grammy highlights in pictures.

Previous Next Start Slideshow
Beyoncé Knowles
Around The Web

Beyoncé Knowles
Beyoncé Calls For an End to SARS and Its "Senseless Brutality" in Nigeria: "I Am Heartbroken"
by Grayson Gilcrease 1 day ago