Javier Bardem joined his Biutiful director, Alejandro Gonzalez Inarritu, last night for their premiere during the London Film Festival, but afterward it was his pregnant wife, Penelope Cruz, who was there to celebrate at the Groucho Club for the afterparty. The actor's front and center in the movie's intense new trailer, and Javier's already getting Oscar buzz for his work. In just a few months, both Javier and Penelope will be stepping into the new role of parents. She covered up her six-month baby bump last night in her black sheath dress, after recently sporting a more revealing sheer top. It was an evening of toasting Javier's career after Penelope spent the last few months focusing on her own, shooting Pirates of the Caribbean: On Stranger Tides around the world with costar Johnny Depp. 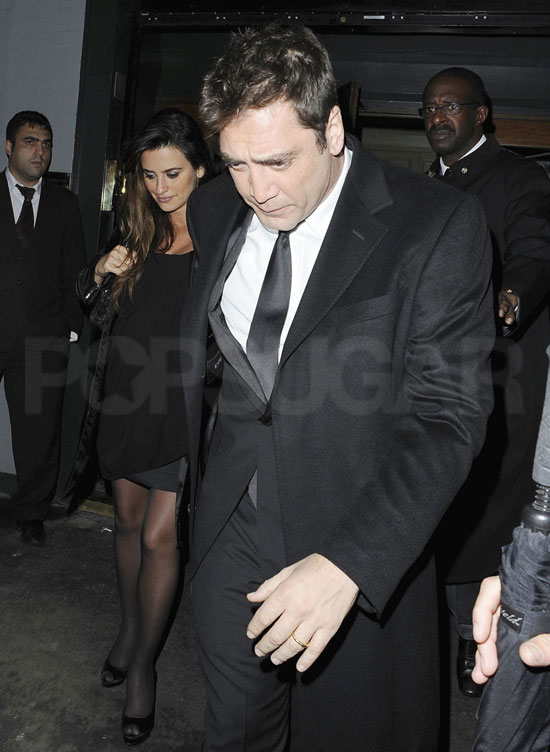