Brad Pitt reported back to work on the LA set of Moneyball yesterday. He was also in costume on Monday afternoon, but by that evening he was in a tux to accompany Angelina Jolie to her big US premiere of Salt. Brad and Angelina hit the black carpet with her dad, Jon, brother, James, and costar Liev Schreiber, who joked he and Angelina competed for the main role — make sure to check out our top 10 moments from the event! Angelina's doing lots of press to talk up her Summer blockbuster, and she's landed the cover of this week's People. She spoke about her and Brad's life together, saying, "Brad's an extraordinary father. We have each other's backs." She also mentioned that she and Brad put up a united front for their six kids, as "they can't go behind one [parent] to the other. Not one of us is softer than the other." 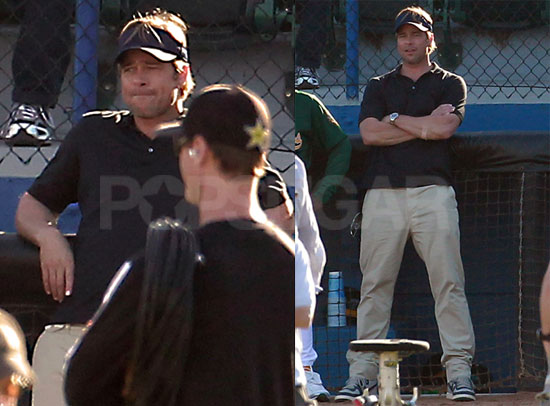