Brad Pitt and his production crew set up shop at Temple Emanuel in Beverly Hills yesterday to shoot scenes for Moneyball. Brad has been all over LA filming this week, showing off that handsome, smooth face of his as he continues work on the anticipated book adaptation. Angelina Jolie returned home to California after a quick trip to Budapest, where she'll be making her directorial debut in the coming months. She'll have to take a break to promote The Tourist before its December release, and Brad has his own project coming out this Fall. His animated feature Megamind is among Buzz's picks for the season, though Brad's good-guy character may meet an untimely demise early in the movie. 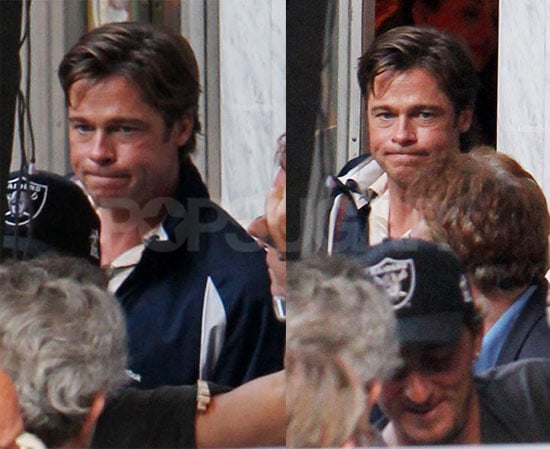