Brad Pitt continued touring homes being rebuilt in New Orleans today, despite strong wind and rain. He's in the Big Easy commemorating the fifth anniversary of the devastation left by Hurricane Katrina as well as personally inspecting the progress of his own philanthropic Make It Right Foundation. Angelina Jolie accompanied Brad on the trip but was spotted leaving on a private jet shortly after he filmed a Meet the Press interview with Brian Williams yesterday. His segment airs tomorrow, and he's already been vocal about the progress taking place and what hurdles he predicts the city will face in the future. 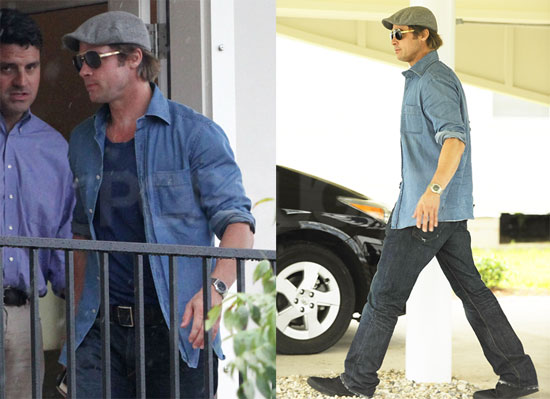