Bradley Cooper and Jessica Biel joined their The A-Team costars in Paris yesterday for a photo call on the city streets. They've been promoting their film together for the last few weeks with stops at a NASCAR event in North Carolina and a press conference in Mexico before the star-studded LA premiere earlier this month. While the movie didn't take the top spot at the box office over the weekend, its star Bradley was in good company on our list of hot blockbuster guys of Summer alongside Jake Gyllenhaal and Leonardo DiCaprio. He brought his girlfriend Renee Zellweger to the City of Lights where they dined with another low-key couple, while Jessica was quietly joined by Justin Timberlake on the trip. 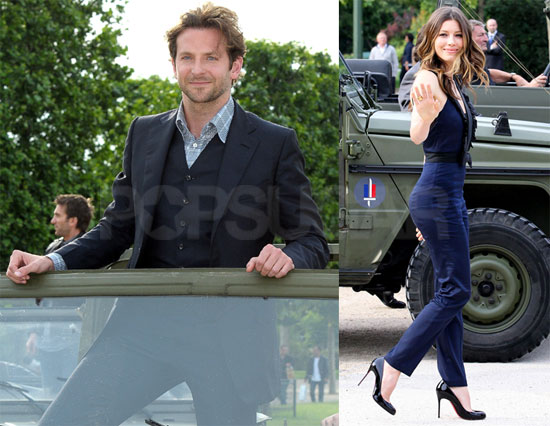 To see more photos of Jessica and the boys in Paris, just read more.