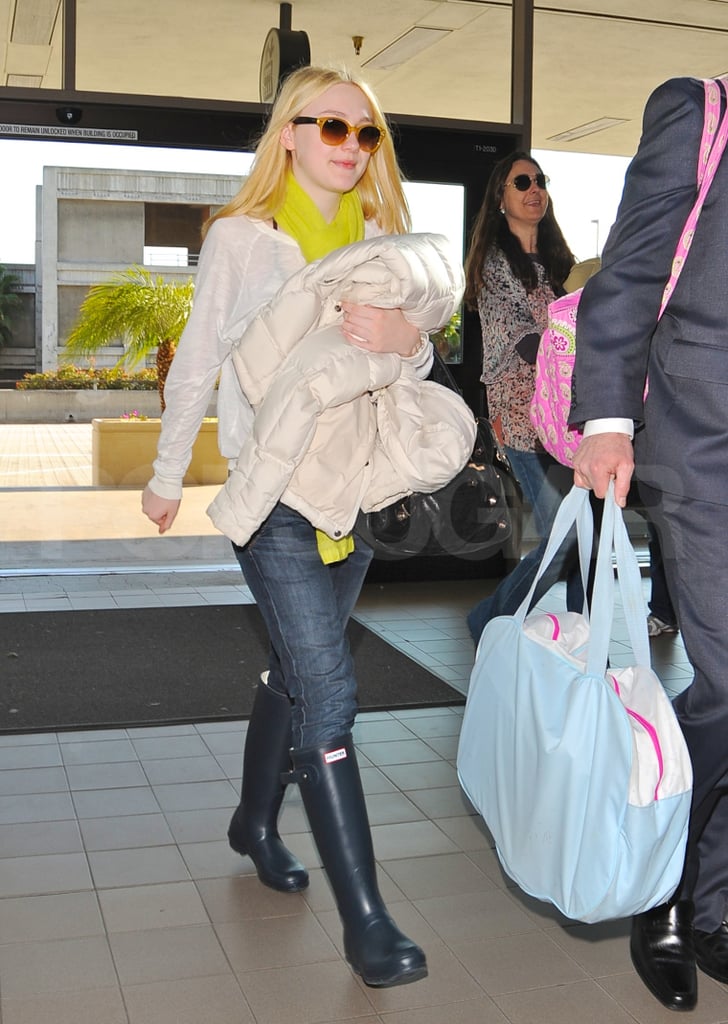 Birthday Girl Dakota Fanning Takes Off For a Special Trip

Dakota Fanning carried her jacket yesterday when she arrived at LAX. The actress headed toward her gate to catch a flight out of town, perhaps taking off to join her Breaking Dawn costars on set in Canada — wherever she was going, a celebration was in store as today is her 17th birthday! Some of her onscreen partners, like Robert Pattinson and Kristen Stewart, headed to Vancouver just a few days ago. The young actress who plays Robert and Kristen's daughter in the film, Mackenzie Foy, was also spotted making the trek. Dakota has been busy working on the film and taking some time away from her senior year of high school, including a stint before the camera last month.