Britney Spears and Jason Trawick did some couples shopping in Calabasas, CA yesterday. Miss Spears was sporting her new favorite short shorts, which she also wore to get burgers with her sons last week. Britney had a few days off to relax after putting in long hours at the recording studio and shooting her Glee episode. She shared fun pictures of her time on set and her much talked-about cameo was on everyone's mind at Saturday's Creative Emmys. Ryan Murphy revealed how high the security was when Brit filmed and said there could be another appearance on the show for the pop star. That sort of decision could soon be entirely hers since she has the right to request an end to her conservatorship anytime, though according to reports she's perfectly content to leave her dad Jamie in charge for now. 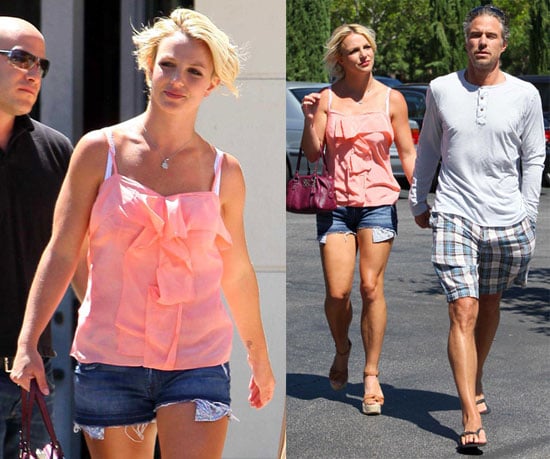 To see more of Britney and Jason, just read more.

Megan Fox
Oh Baby, Baby — Megan Fox's Britney Spears Impression Is Taking Us Back to 1998
by Victoria Messina 1 day ago