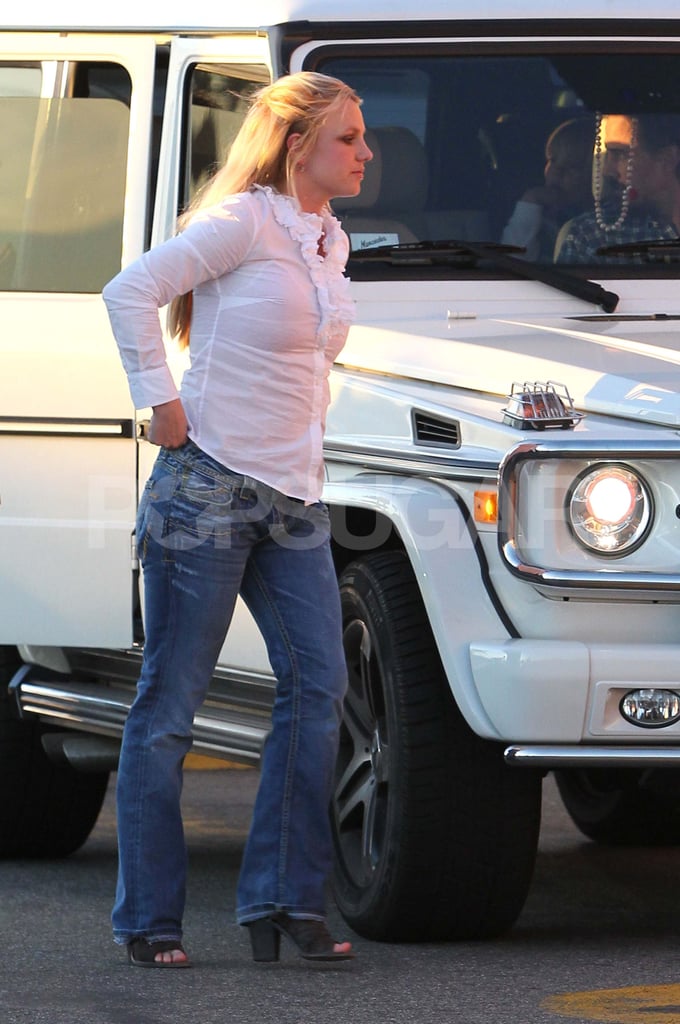 Britney Spears stopped for a snack at a Calabasas McDonald's with Jason Trawick and Sean Preston on Saturday. She's been busy in the dance studio getting ready to shoot the music video for "Don't Hold It Against Me" after the song was released to chart-topping success last week. Britney's single has also received love from fellow pop star Miley Cyrus and now, apparently, Kanye West. He tweeted, "I'm really happy for you and I'mma let you be #1, but me and Jay-Z single is one of the best songs of all time! LOL." Kanye may have later realized that it wasn't the most diplomatic comment — and was vaguely reminiscent of his Taylor Swift moment — as he later deleted it. Britney's manager responded to the backhanded compliment with thanks, though Kanye did follow up later with a more serious note.

Celebrity Kids
Joaquin Phoenix and Rooney Mara Name Their Newborn Son in Honor of His Late Brother, River
by Kara Kia 1 day ago

Celebrity News
Gigi Hadid Is a Mom! The Model Gives Birth to First Child With Zayn Malik
by Monica Sisavat 6 days ago