Britney Spears took her younger son Jayden James out for a special one-on-one lunch in LA on Friday. The pop star was rumored to be headed to NYC to attend Pop Magazine's party at Fashion's Night Out, but it looks like Brit decided to stay home with her boys instead. She'll also be missed at the 2010 MTV VMAs tomorrow, since she played a big part in the amazing photos, sexy performances, and memorable collaborations from years past. She has been hard at work recording new music, however, so perhaps next year she'll be back among the nominees and up on stage. 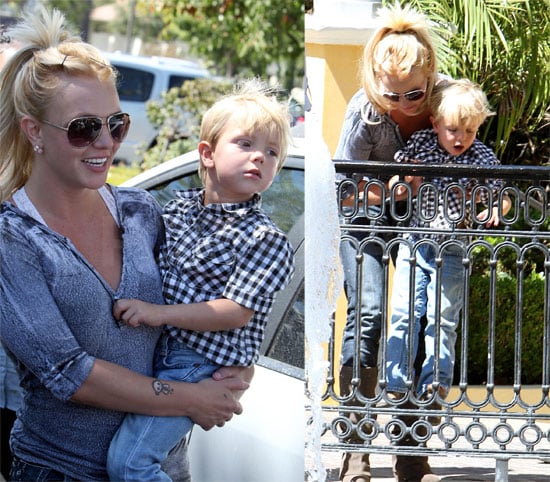