Britney Spears picked up a cold drink from a Starbucks in LA yesterday with her bodyguards trailing close behind. She's in the middle of some staff drama after a former member of her security team accused her of sexual harassment and is considering filing a multi-million dollar lawsuit — others who have worked closely with Britney, though, say he should just get over it since she's well-known for not wearing clothes all the time. Brit's apparently not too worried about things and is just having fun listening to music with Jason Trawick despite their latest round of unfortunate rumors. 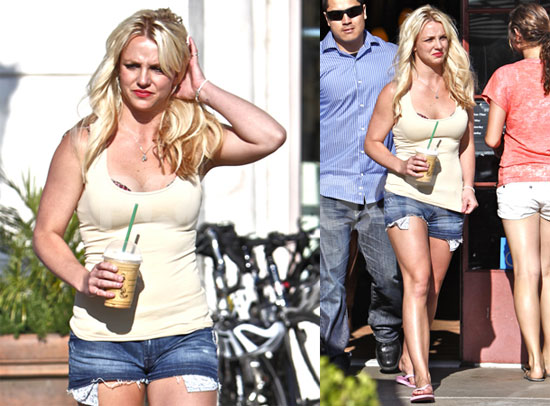