Britney Spears stepped out solo in Beverly Hills yesterday after a low-key weekend with boyfriend Jason Trawick. The singer has been balancing work and play lately, getting back in the recording studio and engaging in frequent retail therapy with her man. She has also been bantering back and forth with other celebs on Twitter, thanking Justin Bieber for complimenting her fragrance, and sharing an inside joke with Glee's Lea Michele. Britney's excited she's in the running for a People's Choice nomination for her guest spot on the hit show and she's also looking forward to Halloween, asking fans to send her pictures of their Britney costumes. 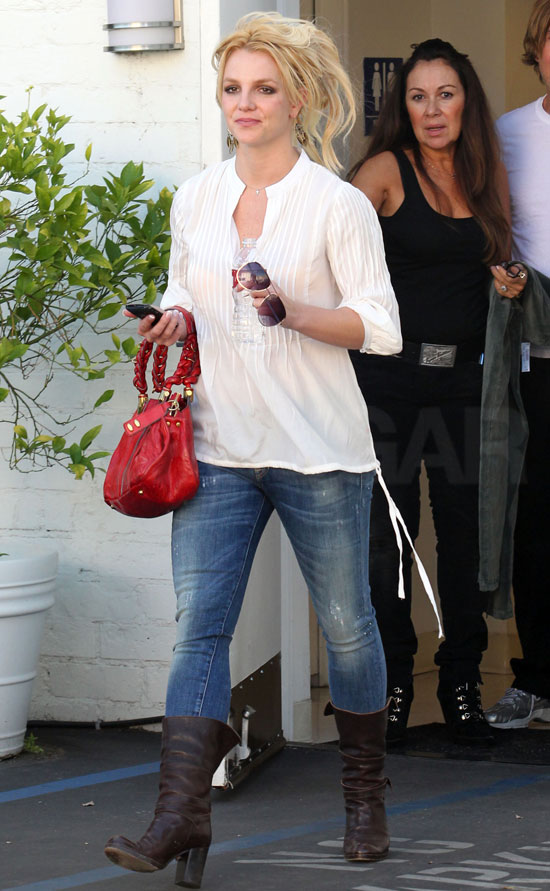