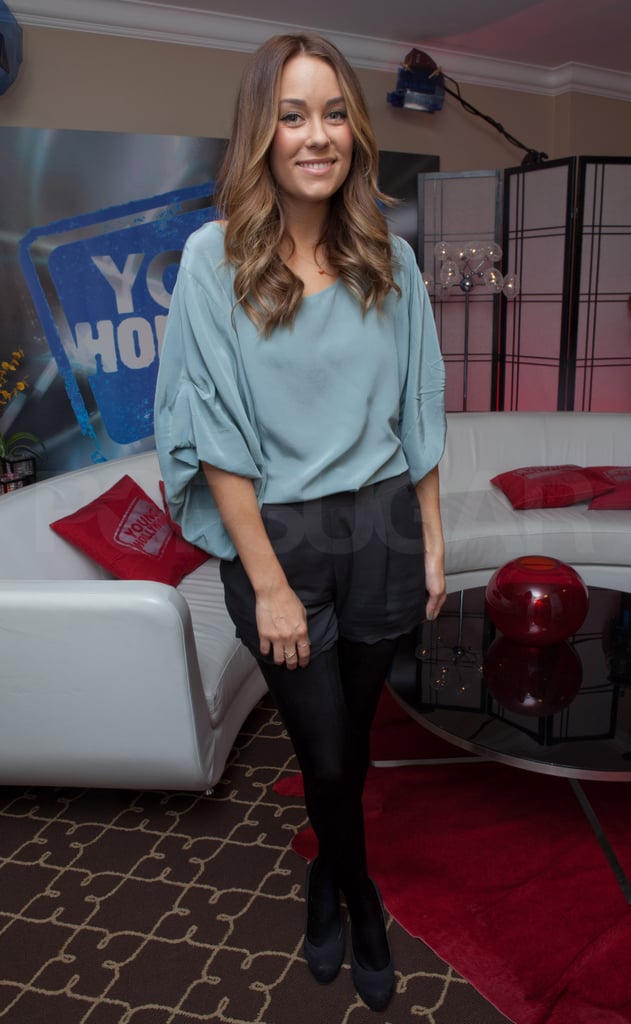 Lauren Conrad showed off her new brunette hair color while out in LA on Friday for an interview. It was the latest appearance for the starlet over a busy few days that also saw her stepping out for the Cover Girl post- People's Choice Awards bash with Drew Barrymore and Dania Ramirez — who do you think had the most fab outfit at the event? Lauren, who has also been occupied working on her new reality show, rewarded herself that night by letting off some steam. She later tweeted, "Sometimes you just have to open a bottle of wine, put on old Halloween costumes and dance it out with your besties."