Cameron Diaz made her latest stop on The Green Hornet promotional tour teaming up with costars Christoph Waltz and Seth Rogen in Moscow today. She's made her way across the globe with fashionable stops in Rome and Berlin; however, her travels may bring her back to the States this weekend in order to attend her friend JoAnna Garcia's lavish Palm Beach wedding to Yankee Nick Swisher. The girls became close when Cameron dated Justin Timberlake and JoAnna dated his best friend, Trace Ayala, and since then they've kept in contact and continue to share major league connections. Cameron's relationship status with Alex Rodriguez seemed to be back on when they vacationed in Mexico and shared some heavy-duty PDA in Miami though, it's unclear if they're officially an item since he was spotted getting cozy with Real Housewives of NYC's Kelly Bensimon. 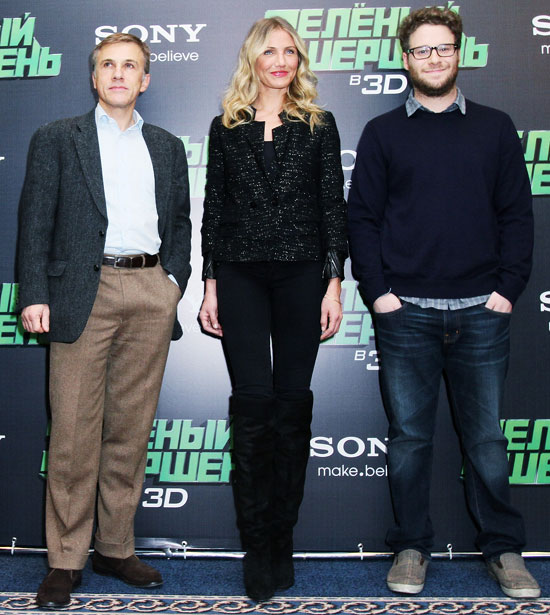