Cameron Diaz had her hands full yesterday while out shopping in NYC. She's back on the East Coast after her duties promoting Shrek Forever After, which was number one at the holiday weekend box office ahead of both Prince of Persia and Sex and the City 2. Her visit to the Big Apple means Cameron has a chance to spend more time with Alex Rodriguez, but she'll be back in LA by Sunday to attend the MTV Movie Awards. Cameron will reunite with her Knight and Day costar Tom Cruise, who's an integral part of the show's promotional campaign as his Tropic Thunder character Les Grossman. 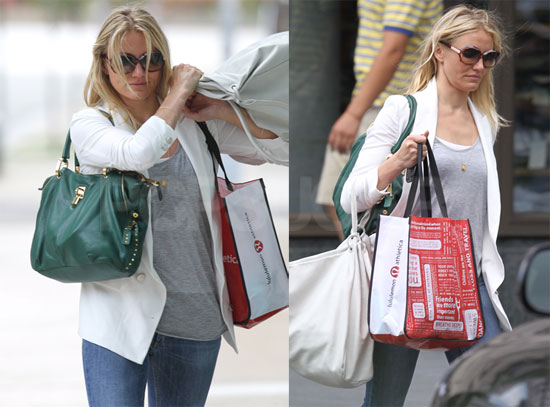