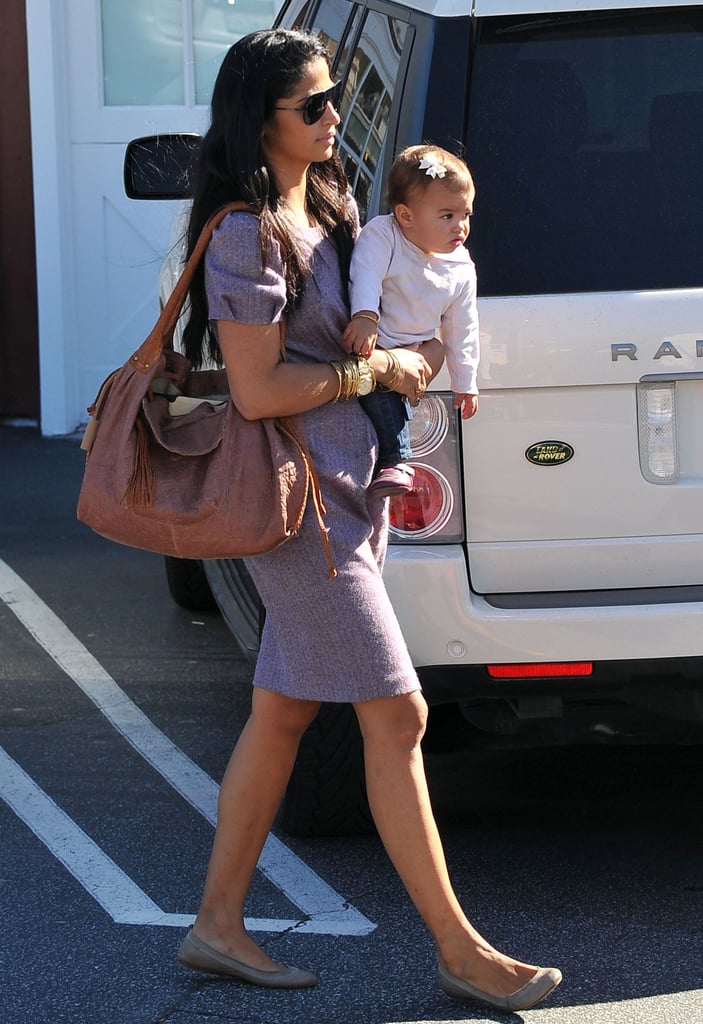 Camila Alves had Vida on one arm and her Muxo handbag on the other while out at the Brentwood Country Mart in LA yesterday. It was a fun mother-daughter outing for Camila and Vida, after the mother of two had one-on-one time with Levi over the weekend. Matthew McConaughey took his turn with the kids on Saturday, when they headed to the beach in Malibu for a family workout session. Matthew, Camila, and the kids have been hanging out close to home since returning from their New Year's trip to Brazil, where they were joined by country singer and pal Jamey Johnson. MM directed Jamey's music video last year, just after he finished filming The Lincoln Lawyer. We'll get to see more of MM's hard work soon, as a new trailer for the movie debuts on his Facebook page tomorrow.