Carey Mulligan wore Vionnet and Keira Knightley went with a daring beaded Chanel number for the premiere of Never Let Me Go in London this evening. The ladies posed with costar Andrew Garfield at their photo call earlier in the day as part of the London Film Festival. During the morning's press conference, Carey spoke about the pressure of working with Keira on an adaptation where the author of the original book is still around and Keira shared her own biggest challenge on this movie. Andrew just wrapped up his red carpet work for The Social Network, and Carey finished her press duties for Wall Street: Money Never Sleeps last month, while Keira's most recent appearance was at Paris Fashion Week. The trio's project received great reviews, though it's still only out in limited release. 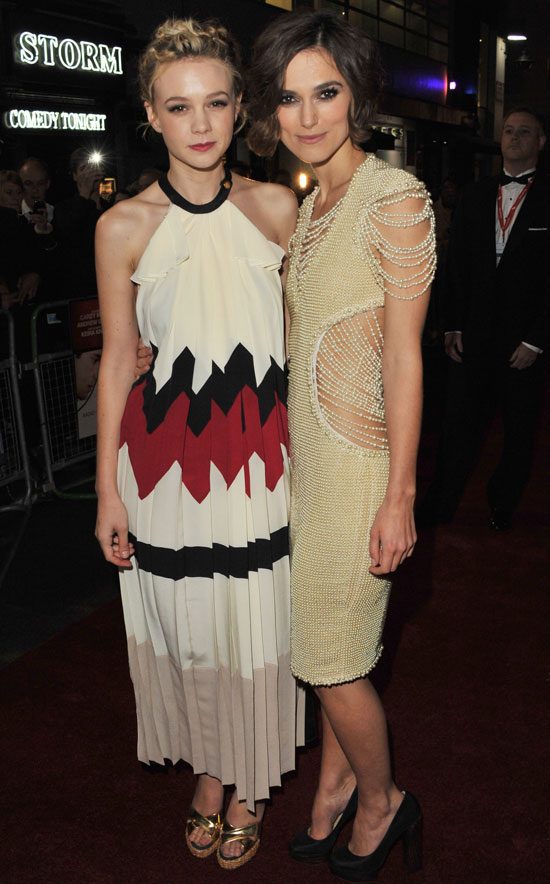 To see more pictures from the premiere, just read more.

Jennifer Lopez
Should We Talk About J Lo's Crazy, Sexy Global Citizen Costumes All Day or All Month?
by Sarah Wasilak 3 days ago