Carey Mulligan served up some french fries for her costar Ryan Gosling as they filmed Drive in LA on Friday. The duo were together to shoot the diner scene after another hot day on set last week, when Ryan once again showed off his buff arms in a tight shirt. The in-shape actor, who graces the latest cover of Interview, recently shot down rumors of a romance with Blake Lively, but he has his fair share of love interests on the big screen. Blue Valentine, which spotlights his great chemistry with Michelle Williams, and All Good Things alongside Kirsten Dunst are both hitting theaters in the coming months. 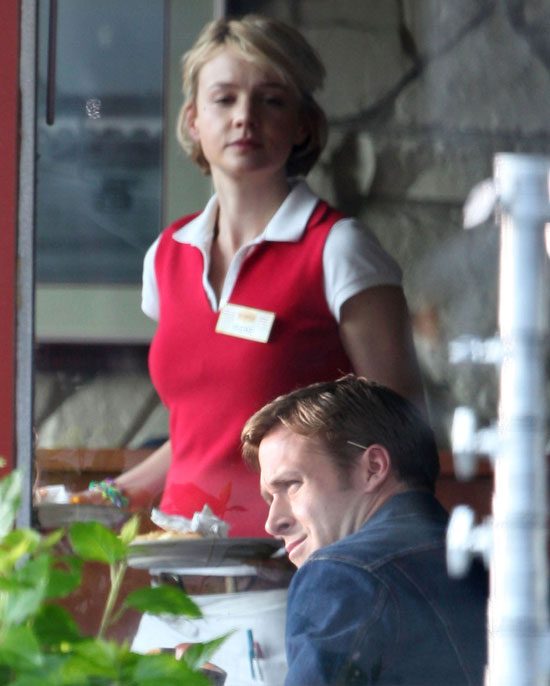 Oscars
Carey Mulligan's at the Oscars, and All I'm Saying Is, If Princess Belle Wore a Crop Top . . .
by Sarah Wasilak 2 weeks ago

Carey Mulligan
Carey Mulligan Wore This Hot-Pink Suit on SNL, and It's Malibu Barbie Worthy
by Nikita Charuza 4 weeks ago