Carey Mulligan and Tom Sturridge were spotted together on Monday night making a quick getaway following her appearance at the Hollywood Awards gala — and they also spent time together last Tuesday, when Tom showed off his scruff and flannel as they left her Best Western in LA! She was quick to defend her choice of hotels while on the red carpet at this week's big event, and it looks like she had no problem bringing over a buddy to see her accommodations. Romance rumors about Tom and Carey started shortly after her breakup from Shia LaBeouf, who seems to have found a new companion already too. 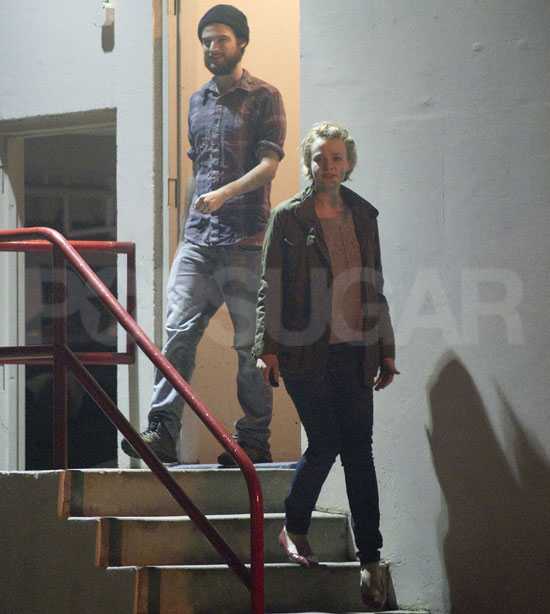