Charlize Theron wore a studded Joie top at work yesterday in NYC shooting her new movie Young Adult. The actress plays a novelist in the film, which was created by Juno masterminds Diablo Cody and Jason Reitman. Charlize is starring opposite Patrick Wilson, though in real life she's rumored to be moving on from her ex Stuart Townsend with actor and model Eric Thal. Charlize is no stranger to striking a pose herself, as she and Orlando Bloom recently were front and center in a campaign for Uniqlo. Now Charlize is focusing on her big-screen project, but she tried her hand at the small one over the Summer by appearing in a Brandon Flowers music video. 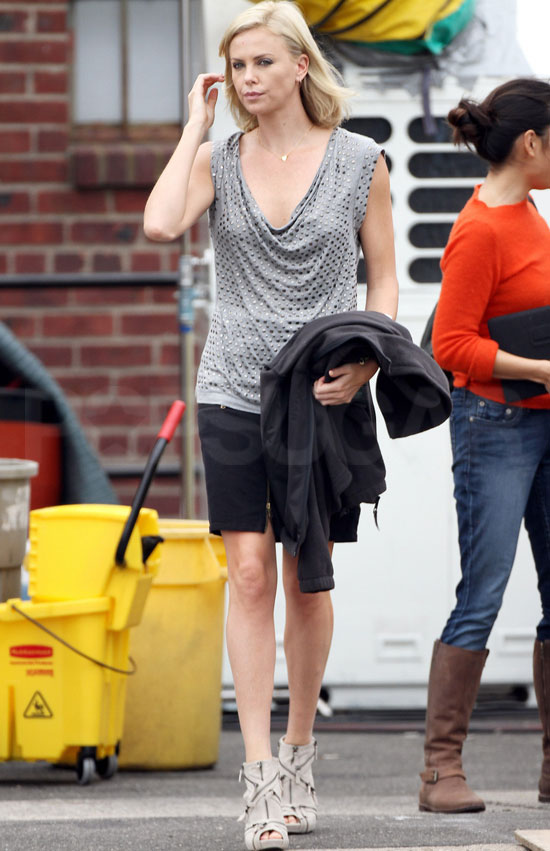 Charlize Theron
The Old Guard: Andy's History Goes Much Further Back Than You Probably Think
by Amanda Prahl 7/13