Courteney Cox led the way for daughter Coco out in LA yesterday. Courteney was sporting her "I Voted" sticker after casting her ballot on Election Day and she also had another accessory in the form of an ankle bandage. Courteney's relationship with David Arquette continues to be complicated, though she recently made it clear that they aren't necessarily getting divorced and also spoke glowingly about how much Jennifer Aniston has been there for her. The Cox-Arquettes apparently put their differences aside to take Coco trick-or-treating on Halloween and they already proved they can stay civil at one of her equestrian events. 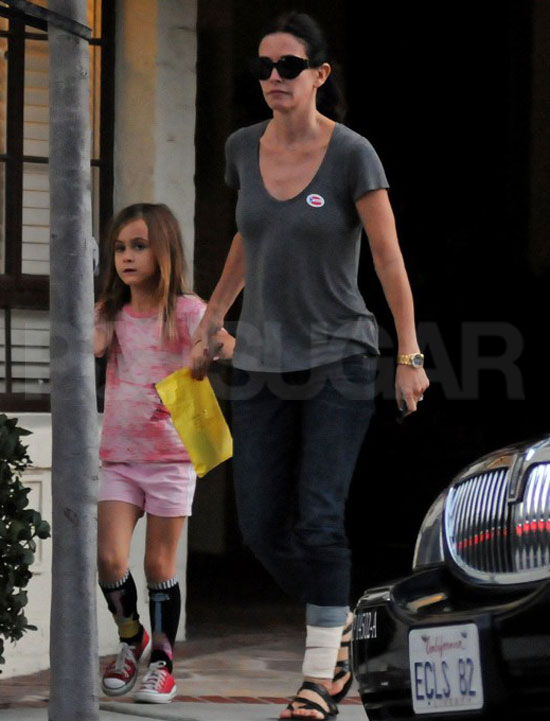 Baby Names
Gigi Hadid Just Subtly Revealed Her Baby Girl's Name, and It's So Beautiful
by Yerin Kim 5 days ago

Kamala Harris
Everything We Know About Meena Harris's 2 Kids, Amara and Leela
by Alessia Santoro 6 days ago