Courteney Cox and David Arquette crossed paths on Sunday when they both turned out to watch their daughter Coco ride horses in Malibu with their friend Laura Dern. It was the first time the duo have been spotted together in public following their announcement last week that they've separated after 11 years of marriage. David apologized for spilling details on their private life, and he's been staying busy lately doing his part to stop anti-environmental legislation in California. Courteney has likewise kept occupied by going about her business and was back on the set of Cougar Town yesterday. David and Courteney can be seen together, however, in the just-released trailer for Scream 4. Their costar in the movie, Neve Campbell, weighed in on David's new situation, saying at a recent event that he's doing just fine. 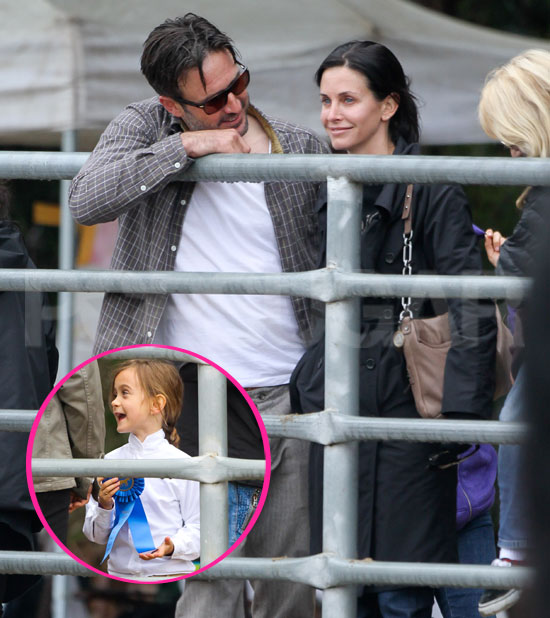 Emmy Awards
Jennifer Aniston, Courteney Cox, and Lisa Kudrow Had an Adorable Friends Reunion at the Emmys
by Kelsie Gibson 9/21/20