Cristiano Ronaldo had a very special spectator, his son, at his Real Madrid match against AJ Auxerre in Spain on Wednesday. The all-star soccer player gave his baby, Cristiano Ronaldo Jr., a special shout-out by sucking his thumb and pointing up to the stands after scoring a goal. The little guy tried out standing, hung out with his pacifier, and watched on with Cristiano Sr.'s mother's boyfriend in a luxury box. The news that Cristiano was a father surprised his fans over the Summer, and while he never revealed the mother's identity, the Armani underwear model has full custody of the 6-month-old. Meanwhile, after giving us great World Cup eye candy, he's still going strong with his model girlfriend and is reportedly passing the ab-bearing Armani torch to Rafael Nadal. 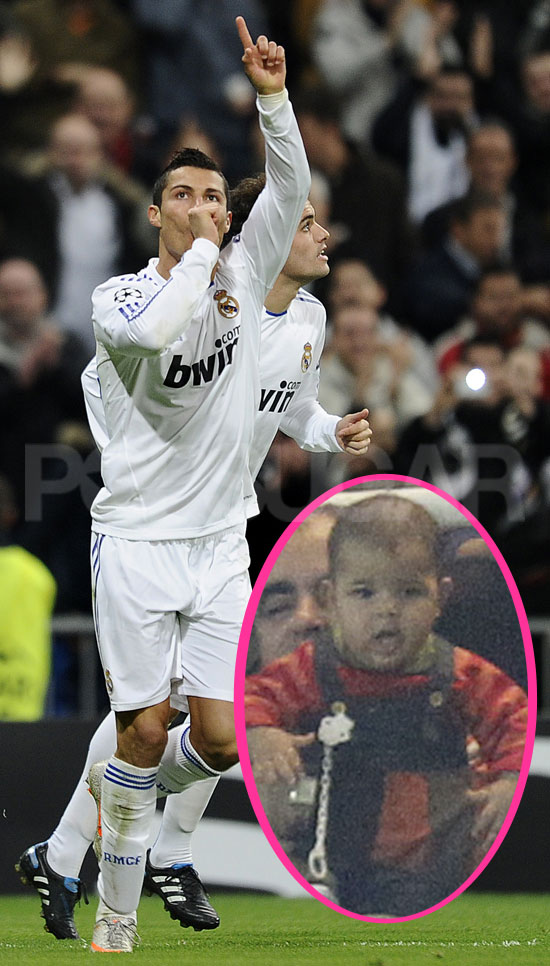