David Arquette was again without his wedding band on the way to breakfast with Coco in LA today. He was spending quality time with his daughter after news of his separation from wife Courteney Cox became public yesterday. The couple released a joint statement about their split, though David provided more details on their personal situation during a call into Howard Stern's radio program that you all thought was totally inexcusable. Courteney's been busy with work on Cougar Town since the news broke, and she's also been spotted out without her ring. 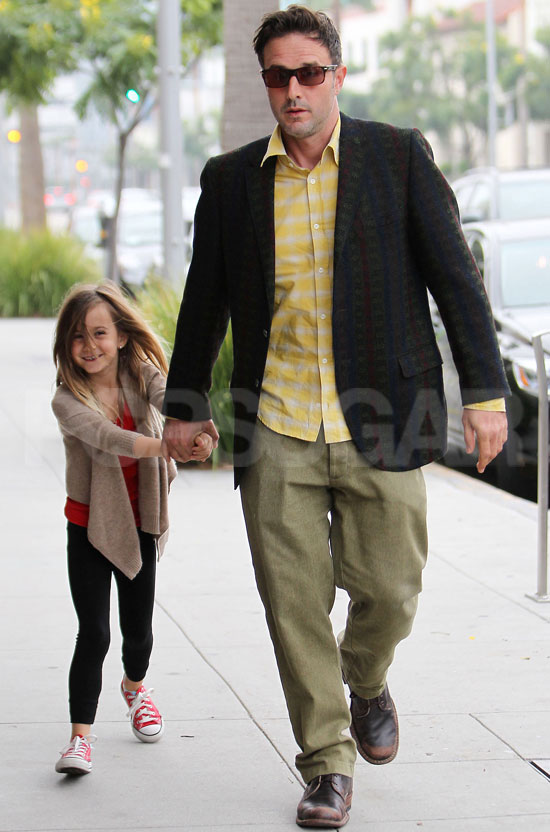 Cardi B
Oh My, Monochrome! Cardi B's New "Mommy & Me" Reebok Collection Was Inspired by Kulture
by Chanel Vargas 14 hours ago