David Beckham popped up in London last night to grab dinner at the C restaurant with pals Dave Gardner and James Corden before moving on for drinks at the Punch Bowl pub with Guy Ritchie. David's in England after a few days in Australia, where he went shirtless during a match against the Newcastle Jets. David won't be on the field this week, but his focus will still be on soccer. He's expected to join Prince William and Prime Minister David Cameron in Zurich to do a last push in favor of Britain getting the 2018 World Cup ahead of FIFA's vote on Thursday. The visit also may give David a chance to congratulate William in person on his engagement — David's even rumored to have made it onto William and Kate's guest list. David's family, meanwhile, is back in the US enjoying some fun of their own. They took advantage of the Thanksgiving holiday to travel to Vegas for a Cirque du Soleil show along with Victoria's parents. 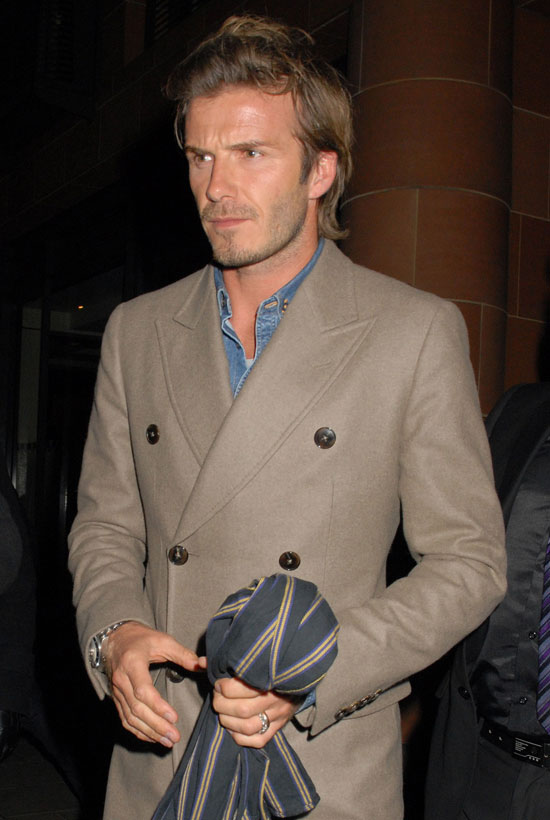 Image Sources: WENN and INFphoto.com
David Beckham
Around The Web