David Beckham sipped on red wine during dinner with Hollywood mogul Sam Nazarian at his new restaurant, Cleo, in LA last night. David's had a full schedule while Victoria is in NYC, including going shirtless during his soccer match and partying for the VMAs over the weekend. She showed her Victoria Beckham Collection during Fashion Week and sat down with the ladies of The View to promote her line of handbags, which are also featured in the October issue of Vogue. Since her designing duties have come to an end, she's heading back home in short shorts to be reunited with David and her boys. 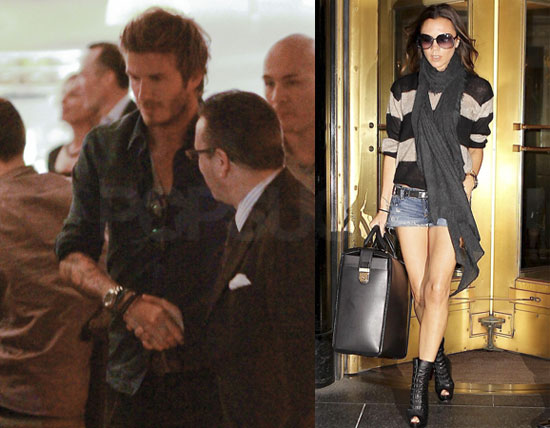