David Beckham received a warm welcome Thursday when he and the Galaxy touched down in Sydney. The guys gave a brief press conference, then got back on their jet to continue on to Newcastle, where David threw on his jersey for a practice Friday then dressed up for dinner. David got in some downtime by his hotel's pool on Saturday before his teammates took on the city's Jets, though the home team ended up claiming victory. Everyone in the stadium came out a winner, however, since David took off his top and went shirtless post-match. David has lots of soccer irons in the fire at the moment, as he's currently heavily involved in trying to get the 2018 World Cup to his home country of Britain. He's heading to Zurich for Thursday's vote, which David expects will go well. He said, "We have put the best bid in that we can do. The point that we have always hammered home is that we have always believed we can put on the best World Cup and that we can work as a team." David's also apparently mulling over another Winter loan for 2011, much like his stint with AC Milan last year, after he was offered a spot with England's Everton club. 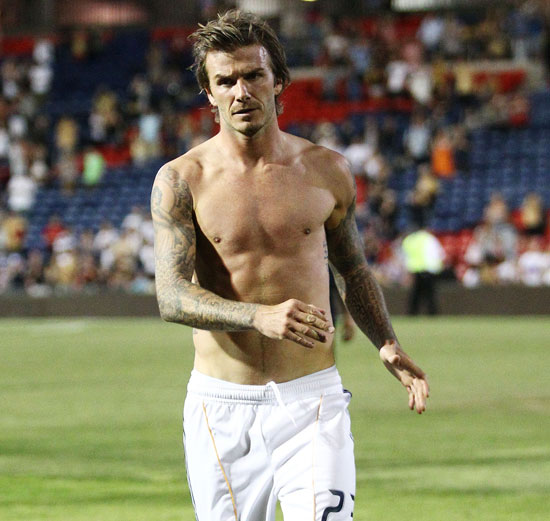