David Beckham got some bad news from the English soccer coach last week, but he's still a vital part of the LA Galaxy — he traveled with the squad to the East Coast for Saturday's game against the New York Red Bulls. He didn't join his teammates on the field, but David's Achilles tendon has healed enough for him to start easing back into practices. Victoria spent her afternoon at a park back in California with their sons Romeo, Cruz, and Brooklyn, who played basketball in a switch from their skateboarding adventures. Victoria seems to have made a change herself, as she debuted a new set of extensions in her long ponytail. 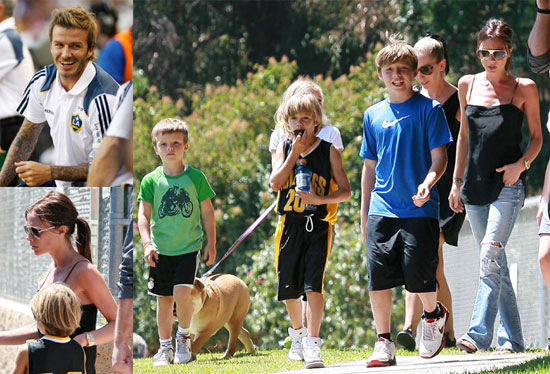 Babies
Gigi Hadid Shared a Rare Photo of Her Baby on Instagram, and It's Totally Adorable
by Navi Ahluwalia 4 hours ago