David Beckham generously shared his popcorn with a lucky fan at the Lakers game last night as the team defeated the Memphis Grizzlies 124-105 at home in LA. Last week on The Ellen DeGeneres Show he gave us a taste of his amazing vocal range and talked about his most recent shirtless — and pantless — moment on the field. David cheered on the NBA champions and recently talked about his own MLS Cup goals as the Galaxy move on in their playoff run. Elsewhere courtside, The Big Bang Theory's Kaley Cuoco was on the edge of her seat throughout most of the action and she seems to be moving on from her ex, costar Johnny Galecki, as she snuggled up to a new guy. 90210's Trevor Donovan had a great view from his seat, however, he also found himself distracted by the Laker girls. 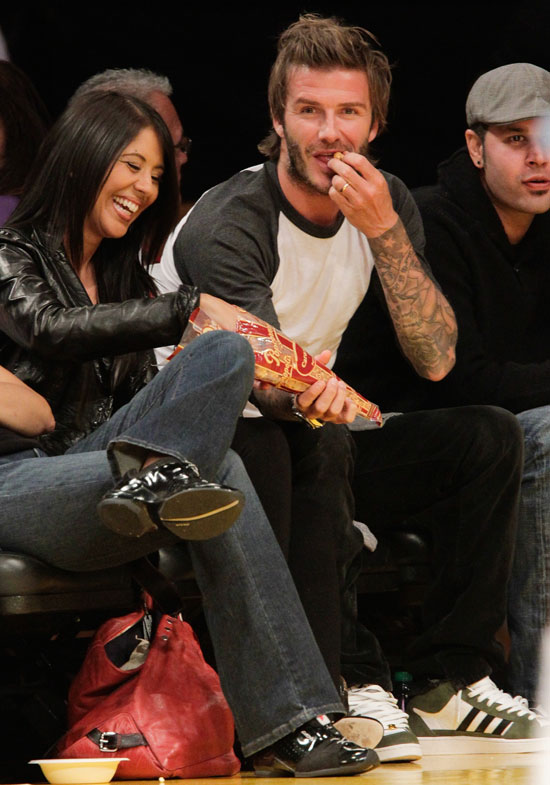