David Beckham hit the practice field with the Galaxy in Carson, CA, yesterday. He's back in LA after a quick trip to Trinidad, where he kicked off his soccer academy as part of his bid to bring the 2018 World Cup to England. Brooklyn joined David for his ambassador duties, while Victoria stayed home with their other two boys and monitored European Fashion Weeks from afar. The couple have been dealing with cheating allegations, and though David recently rightfully confronted a heckling fan, it appears they are moving on from the drama as a solid family. 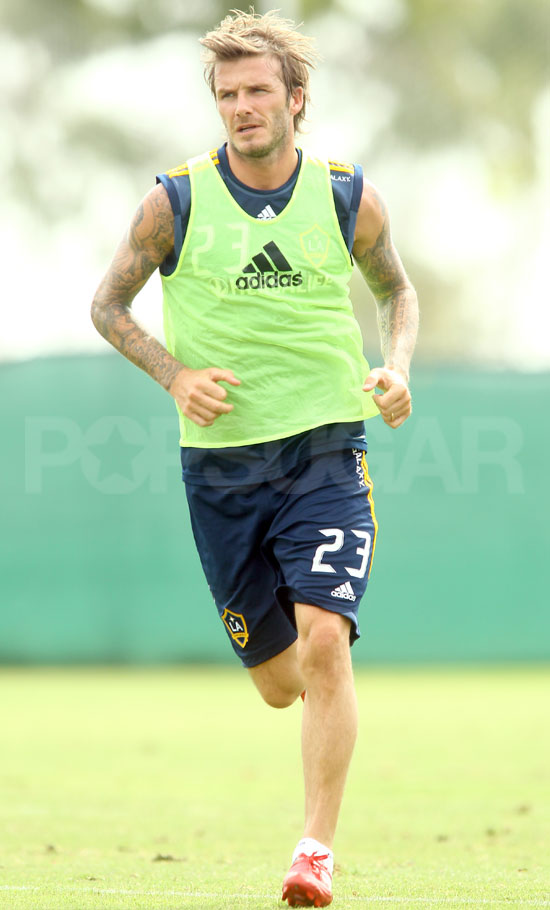