David Beckham and Prince William arrived at a press conference in matching suits this morning in Zurich to hear as FIFA announced the country that will host the 2018 World Cup. The duo traveled to Switzerland with Prime Minister David Cameron earlier this week in support of England's bid, though their country ultimately lost the vote to Russia. David expressed his disappointment over the decision, as he believed his team had made an "exceptional" presentation. David and William's soccer partnership didn't turn out as hoped, but they both have something else to look forward to since the Beckhams are apparently invited to the prince's upcoming wedding to Kate Middleton. 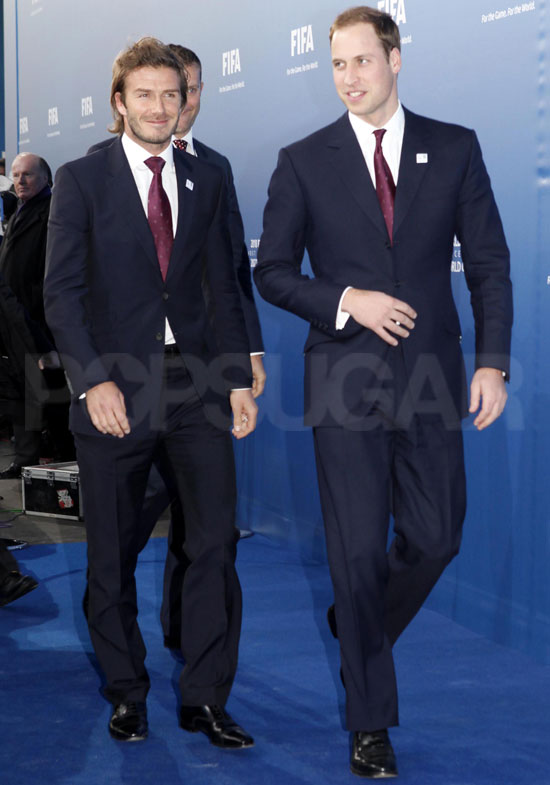 David BeckhamPrince William
Around The Web

David Beckham
My Uber Driver's Here, and It's David Beckham Riding a Bike in These Shorts
by Chris Roney 2 weeks ago

The Royals
Kate Middleton Captured Some Precious, Playful Moments Between Prince William and the Kids
by Karenna Meredith 6/20

The Royals
Their School Is Reopening, but Homeschooling May Continue For George and Charlotte
by Kelsey Garcia 5/31