Brooklyn Beckham skated into the lead ahead of bikers David, Cruz, and Romeo on the Venice Beach boardwalk yesterday. David's back from globe-trotting travels that took him down under for another sexy shirtless moment followed by hanging out with friends in London and meeting up with Prince William in Switzerland. Now that he's home chilling with the boys Victoria took the opportunity to jet off to London where she attended last night's British Fashion Awards in a seductive dress of her own design. David's still in the running for sexiest man of 2010 though, he'll need a few more votes if he wants to take the lead from Twilight's Robert Pattinson. 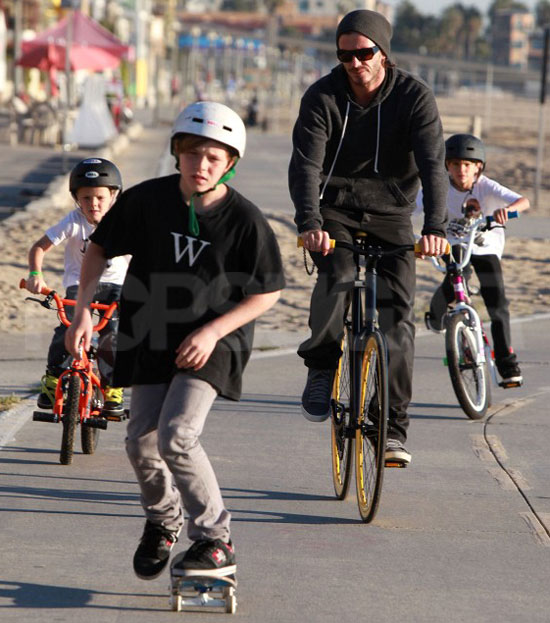 To see more photos of David and the boys in Santa Monica, just read more.

Celebrity News
Gigi Hadid Is a Mom! The Model Gives Birth to First Child With Zayn Malik
by Monica Sisavat 3 days ago

Celebrity Pregnancies
Chrissy Teigen Just Accidentally Revealed She's Having a Boy, and Her Reaction Is Priceless
by Yerin Kim 5 days ago