David Beckham was rolling solo yesterday to visit Samy's camera shop in LA. He's got a house full of kids to shop for as Christmas approaches — if you're also in the market for presents this holiday season, make sure to check out our gift guides! David has been home having some fun with Romeo, Cruz, and Brooklyn after returning to California over the weekend from his Swiss World Cup adventures. Victoria has been away in London, where she chatted about her namesake collection at Tuesday's British Fashion Awards. The Beckhams are wrapping up a busy year full of sports, design, supporting their joint fragrance, and modeling. David's no longer the face and body of Armani underwear, however, as the baton has now been passed from him and Cristiano Ronaldo to tennis star Rafael Nadal. 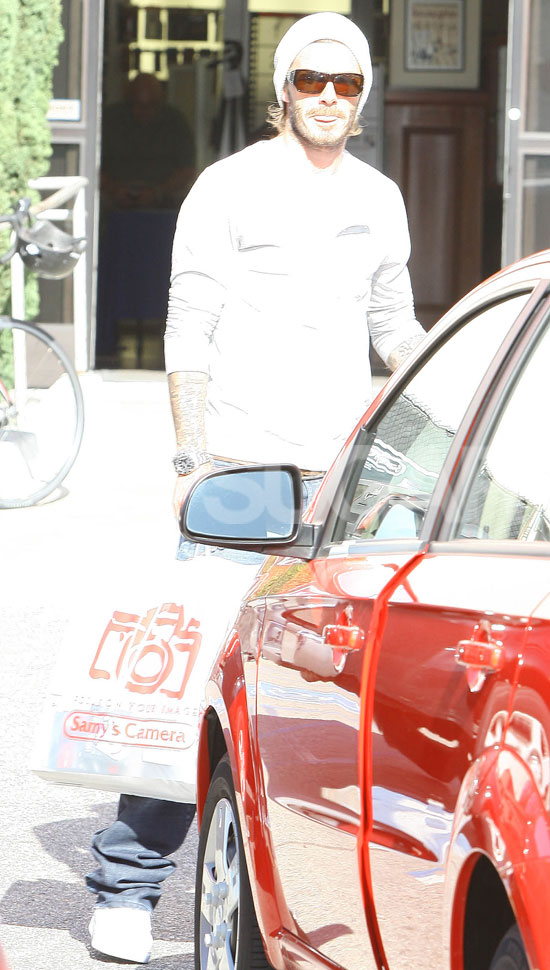