David Beckham suited up in South Africa yesterday to attend an event on behalf of England for countries interested in hosting the 2018 World Cup, and today he was in a uniform to join his country's team at a training session. The action at this year's tournament officially kicked off last night with a star-studded concert, and the first games are today. The American team will take the field tomorrow against David's countrymen — even though he won't be on the field, he's covering things as a correspondent for Yahoo and posted his first video log. The soccer bonanza is going to be full of sexy players and unprecedented shirtlessness, and Geek has the scoop on how to follow the action. It's a worldwide phenomenon that only comes once every four years, so tell us — do you have World Cup fever? 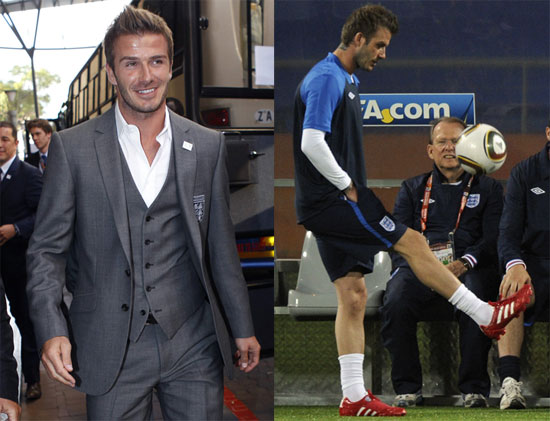