David Beckham arrived in Switzerland yesterday to support England's bid to host the 2018 World Cup ahead of FIFA's vote tomorrow, sharing his passion for soccer with a group of Zurich schoolchildren before a meeting with Prince William and Prime Minister David Cameron. The spotlight was on David for a press conference this morning, though he reconvened with William and David for a reception this afternoon. The athlete kicked off his Europe trip in London on Monday after missing out on an American tradition last week. He was 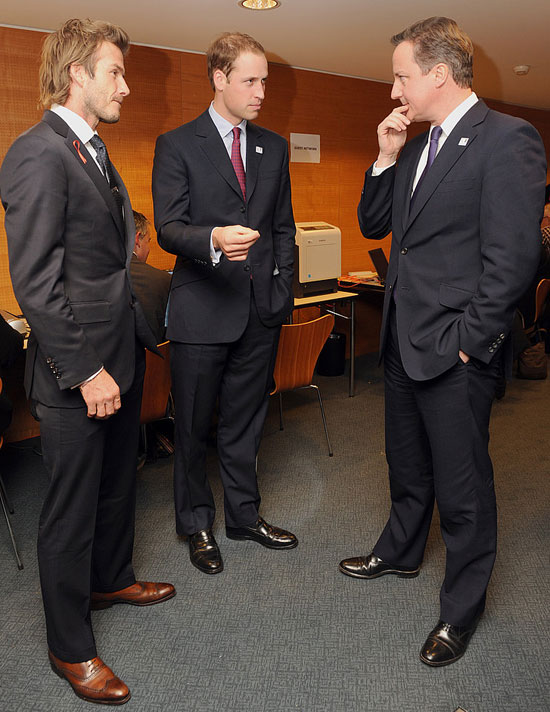