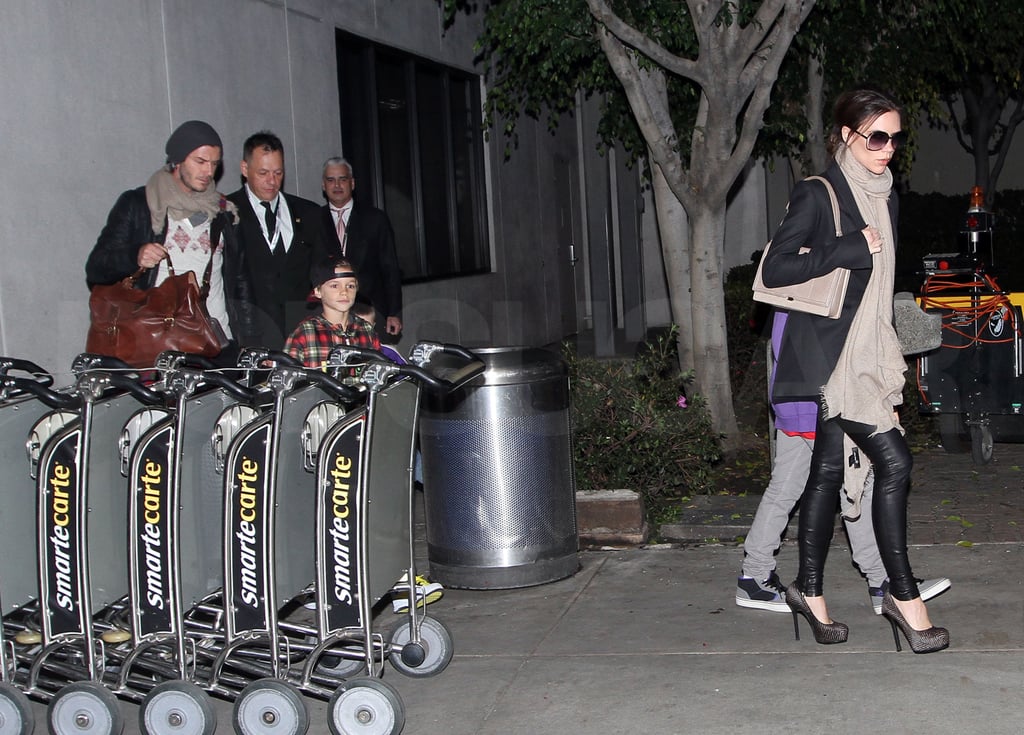 Victoria Beckham toted one of her bestselling bags last night as she arrived home at LAX with David and their sons, Romeo, Cruz, and Brooklyn. They're back in the US after spending Christmas in the UK with their family and friends, including stepping out before the holiday for a party at their pal Gordon Ramsay's London home. Many of you wished that Victoria had been your Secret Santa this year, though she was a real-life gift-giver for the main men in her life. Naturally, though, she treated herself to some treats by making a quick stop at Harrods. Victoria takes her fashion business so seriously that she's rumored to be considering a move to NYC to be closer to the action. If she does relocate to the East Coast, it may mean less shirtlessness for David during the chilly Winters, and that will be sad for the fans who ranked him as their favorite male athlete of 2010.

Celebrity Instagrams
They're Here! Meet the New Celebrity Babies of 2020
by Mekishana Pierre 5 days ago

Celebrity Couples
Christina Milian Welcomes a Baby Boy With Boyfriend Matt Pokora: "And So We Begin"
by Samantha Brodsky 1 week ago

Baby Names
Cameron Diaz Announces the Surprise Birth of a Baby Girl, and Her Name Is Very Unique!
by Alessia Santoro 3 days ago