Diane Kruger and Joshua Jackson lounged side by side at the Chanel Metiers d'Art show in Paris yesterday. The sexy duo, who are winning Fab's poll on the most stylish couple of 2010, arrived in France last week after a short stint on the West Coast. Diane's a longtime fan of Karl Lagerfeld's designs, having donned his dresses everywhere from the Oscars to her recent premiere of Lily Sometimes. Other devoted followers out for the 2011 pre-Fall presentation were Vanessa Paradis, whose partner, Johnny Depp, has been busy promoting The Tourist in NYC, and Clemence Poesy. Noticeably absent was her former Gossip Girl costar Blake Lively, who is rumored to have just been named the new face of Chanel's upcoming handbag campaign. She was recently spotted shopping in the City of Lights, which fueled stories she was there shooting the ads, but instead of joining Karl's other muses to see his latest designs Blake was at the Blue Valentine screening in NYC last night. 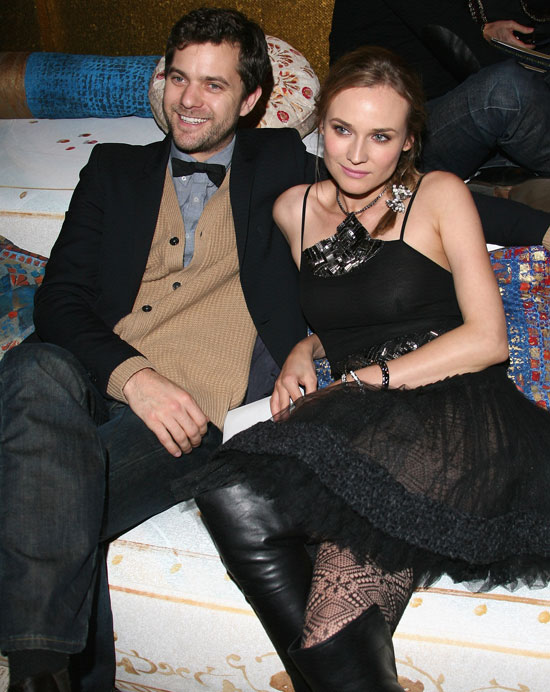 To see more from the Chanel show, just read more.