Diane Kruger and Joshua Jackson looked casual together in LA last night to grab dinner at the Red O Mexican restaurant. The pair are back together after his recent stint in San Diego, where he made his "Pacey-Con" video for Funny or Die. Josh didn't expect that his stunt would cause such a stir — check out him talking about his surprise after the jump. Josh will stick around Hollywood for a bit, as he's expected to attend this Sunday's Teen Choice Awards. Diane, meanwhile, is back following a trip to Paris to premiere her film Lily Sometimes, and next up for the actress will be playing a journalist in the action movie Special Forces. She was also just honored with a place on Vanity Fair's annual Best Dressed List, along with other stars like Carey Mulligan and Maggie Gyllenhaal. 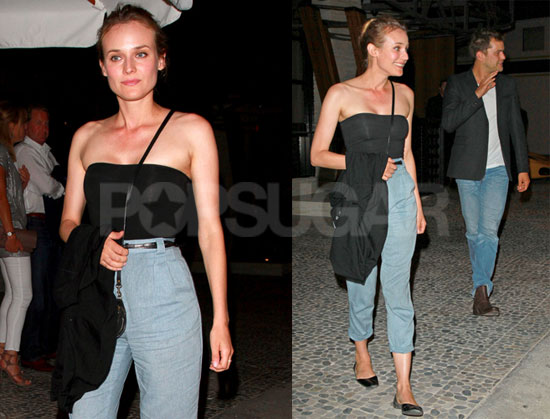 Mother's Day
Joshua Jackson Thanks His Wife For Making Him a Dad: "I Am Humbled More and More Every Day"
by Alessia Santoro 5/16