Kristen Stewart had her passport in hand today when she touched down at the airport in NYC. She was on the go again after traveling Tuesday to Vancouver, where she joined her Eclipse costars Taylor Lautner and Robert Pattinson for reshoots on their film. Robert and Taylor also left Canada recently, but the boys headed to LA instead of the Big Apple. We'll see Robert and Kristen together soon enough for their big upcoming interview on Oprah, which is just one of the May events to get excited about. There are only two months to go until we can see the trio up on the big screen, but Rob, Kristen, Taylor, and their many costars will be busy with premieres and photo ops well before the momentous day arrives. 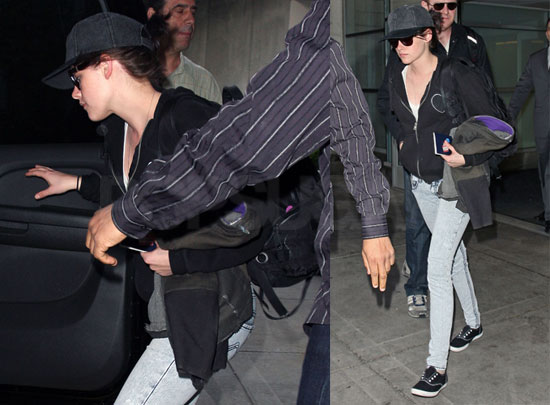