Freida Pinto and Dev Patel were arm in arm yesterday afternoon for a walk in London. She's in Dev's home country of England after a stint in Canada, where she worked on Rise of the Apes with her Esquire cover guy costar James Franco. She's gearing up for a busy Fall with the release of You Will Meet a Tall Dark Stranger and Miral, but things for Dev are a little quieter professionally. He's spoken out about the tough time he's having landing roles in Hollywood, saying that producers only offer male actors of Asian descent jobs playing "terrorist, cab driver and smart geek." 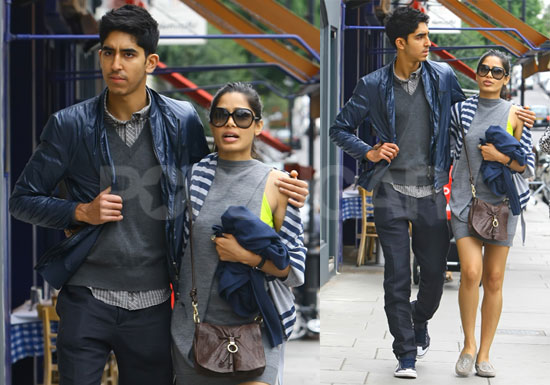