George Clooney led the way for Elisabetta Canalis after dinner at Nobu in Milan last night. They were joined by Roberto Cavalli, who stopped by the amfAR gala to pose with Heidi Klum on the red carpet earlier in the evening. Elisabetta has stripped down to almost nothing as a model for Cavalli Underwear, and she's been close with the designer for some time. George also accompanied Elisabetta to the Georgio Armani show yesterday where he couldn't keep his hands, or face, off her. The happy couple are in the city for Milan Fashion Week, traveling from visiting her family elsewhere in Italy last week. Despite skeptics, George is clearly full speed ahead in his relationship with Elisabetta, and he looks just as smitten as a year ago. 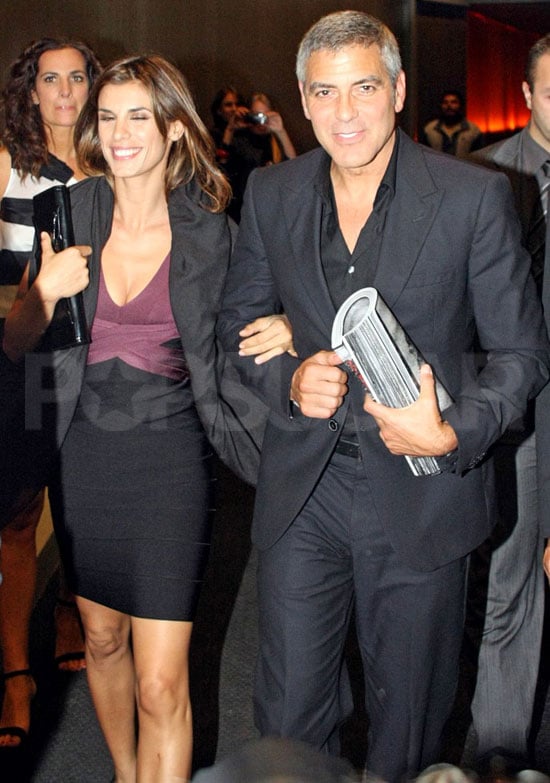